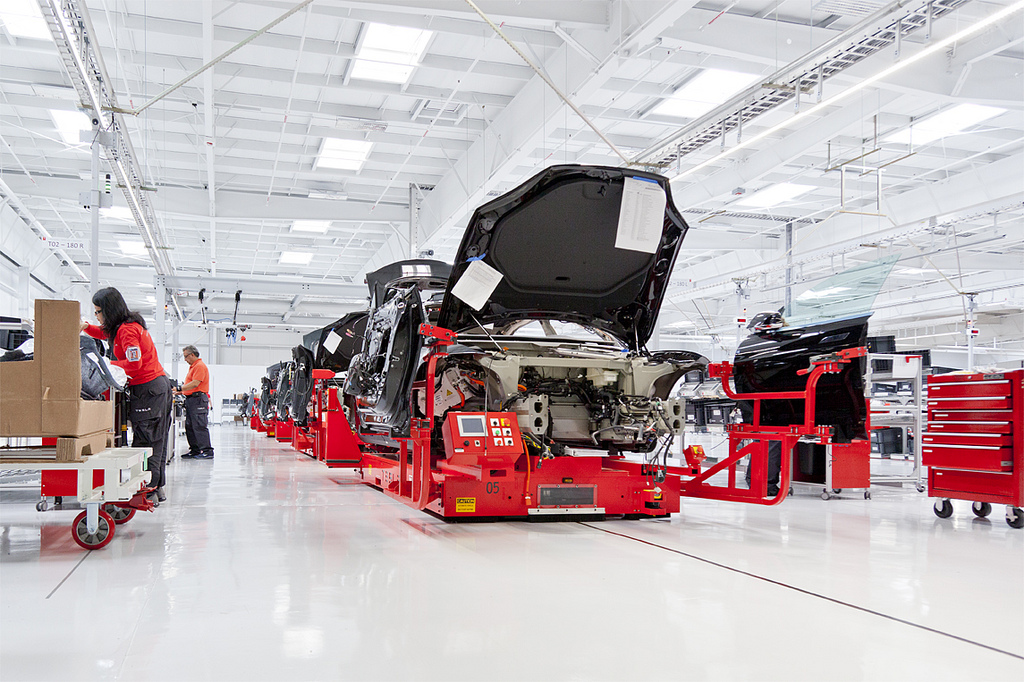 In general terms, the car assembly process has an analogy between all car manufacturers, but may differ in sequence. An important aspect is the availability of automation, as It is in the assembly that this indicator has the lowest coefficient, in the range of 10-15%. No matter how strange it may look, it is automation that is specifically minimized by the automaker and in numbers it looks like this: the payback of an automatic process to an enterprise (equipment) in monetary terms reaches 5 years or more. This is a high indicator, while the optimal payback period should be maintained up to 3 years.

Automatic assembly is often used for gluing glass when the robot applies glue to the glass and installs on the body.

Other variations are mainly manipulators, they lighten the weight of the product and the feed rate of large and heavy parts, such as the instrument panel, engine, doors, wheels, batteries.

Advanced European factories improved the assembly process by integrating the possibility of longitudinal torsion of the body into the conveyor, allowing a 90-degree turn of the assembled car. This option allows you to quickly, efficiently and with minimal labor for operators to assemble from the bottom of the car. Because this is expensive equipment, in Russia there are no such lines.

Headcount optimization is possible by feeding parts and accessories to the conveyor via automatic transporter AGV.

AGV is an automatic transporter that moves in a given trajectory. The trajectory is created using a special tape on the floor, from point A to point B and vice versa, i.e. warehouse conveyor warehouse. It has its own battery, control unit, programmer, WI-FI connection.

In the CIS, AGV used to Renault Russia (formerly Avtoframos), GM-AvtoVAZ, Nissan SPB. Today, AGVs are popular and have a payback period of a year.

The logistician at the warehouse fills in the AGV and accepts the shipment, then the transport arrives at the assembly line of delivery and awaits the command, the line operators sends the cart to his post and receives a return to the warehouse.

Particularly interested in this are domestic automakers and small companies manufacturing large automotive components. For example, Russian factories rarely replace the lineup, including the facelift. The reason is extremely simple, all the preserved factories of the USSR’s heritage went into private hands with an outdated and unmodified operating principle for many years, in turn, the owners do not have free funds, as a result we hear from the media about the allocation of state support / subsidies.

European plants(factories) have consistently conducted a cycle of optimizations, as one of the simple examples, it is unprofitable to keep a full-cycle plant in one hand, the concentration is on the main processes of car production, namely Press, Welding, Paint, Assembly – Shop.

All secondary production processes, such as: the production of fuel tanks, plastic (bumpers, parting panels, etc.), seats, stoves, sound insulation (including carpets), etc. are outsourced and manufactured by partners of the automaker.

Why is a full plant cycle unprofitable? We describe the required frozen means in stages for parts and accessories on the example of the production of a fuel tank.

This number of operations takes several days before the product is installed on the car, and profit for a finished unit of products (in our case, a gas tank) can be obtained only after the sale of a commercial vehicle, which is about 3-4 months.

In total, the period of the freezing of funds for the part and its components, personnel, building, tax, electricity, factory logistics, etc. will be about 5-6 months.

Unambiguously, a compact enterprise with main cycles has a shorter period of financial assets turnover, which allows them to be put into development.

All secondary parts are given to suppliers, where they themselves order accessories, they serve the building and premises, warehouses, including delivery to the assembly shop on terms of 30 or 60 days deferred payment to the customer.

The auto factories does not produce plastic parts, but has several suppliers, where everyone makes a dashboard, bumpers, door trim. GM sets quality requirements, negotiates input prices, and constantly audits the supplier, this is called “development”.

If you need to make a facelift for a new product, GM gives the supplier

blueprints. The supplier, at his own expense, orders equipment, conducts a turnkey project until mass production and delivery of the product to the GM site.

Payment of supplier costs has 2 options:

Each of the options has a deferred payment, which is beneficial for GM. 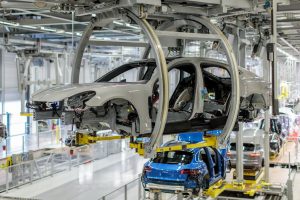 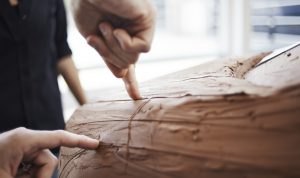